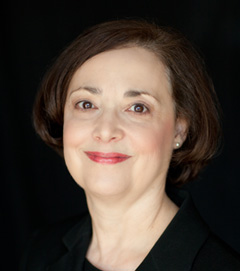 Ellen S. Friedell is a founder of Reaching Agreement and FFG Law.  She is an attorney with extensive business, corporate, litigation and alternative dispute resolution experience, serving as a mediator and arbitrator in a wide variety of matters.  She has been described as combining “a quiet persistence and tenacious enthusiasm” and is especially effective in creative problem solving and dealing with complex and highly emotional situations.

She was previously Associate General Counsel for Rohm and Haas Company, a Fortune 500 multinational chemical company, where she was responsible for the company’s litigation worldwide as well as regulatory and employment law.

Ms. Friedell focused on high-stakes, complex litigation and investigations in many areas including environmental, insurance, class actions, contracts and other business disputes, mass tort, antitrust, asbestos, employment, criminal, products liability and personal injury.   She also served as a negotiator regarding environmental and other federal legislation, and led multi-disciplinary, diverse teams.

She is a member of the bar of Pennsylvania with an AV® Preeminate™ rating from Martindale & Hubbell, its highest rating.